Lisaboa Houbrechts (b. 1992) obtained her Master’s in Drama from the School of Arts|KASK Ghent in 2016. She is a writer and director. Houbrechts evokes history and classical repertoire through a ritual deed and humankind in a series of passions. The productions Lisaboa Houbrechts made with Kuiperskaai were baroque and brazen but also playful and disarming. With Bruegel (2019) – the first work she made under her own name – Lisaboa Houbrechts struck out in a new path. “Charming and challenging theatre,” said De Morgen of this total spectacle. It is Lisaboa’s most personal work thus far.

Lisaboa Houbrechts (b. 1992) obtained her Master in Drama from the School of Arts|KASK Ghent in 2016. Lisaboa Houbrechts made her first performances as writer and director for the company Kuiperskaai which she founded in 2012 together with Romy Louise Lauwers, Victor Lauwers and Oscar van der Put. Characteristic even then was a large cast, a vibrant interaction between the visuals and a literary script, and an intelligent cross-fertilization of various disciplines: performance, music, choreography, literature and visual art. Her shows are baroque and brazen but also playful and disarming. This was already discernible in her early work, including de Schepping/The Creation (2013) and The Goldberg Chronicles (2014), which was described as “an immense clash of energies” in the press: “the language is colour, the acting is images, the music is paint”. In 2016, she made a huge impression with her sparking adaptation of Shakespeare’s The Winter’s Tale; and in September 2017, the production 1095, based on a text by Victor Lauwers, came out. “Full of spirit and performing pleasure,” wrote Lotte Philipsen in Knack. Lisaboa Houbrechts evokes history and classical repertoire in a ritualistic manner and reveals human nature as a series of passionate urges. This was particularly clear in her idiosyncratic adaptation of Hamlet (which premiered at Love at first Sight #3 in September 2018). Here she focused on the female perspective, placing Gertrude, Hamlet’s mother, at the heart of the performance. “Lisaboa Houbrechts makes herself master of Shakespeare’s mythical story with a distinctly modern boisterousness…. She pokes fun at almighty manhood, sympathizes with Gertrude and explicitly takes the side of the women, who are triumphantly depicted as opposed to the masquerade of patriarchy.” (Julien Bécourt in Mouvement)

With Bruegel (2019) – the first work that she made under her own name – Lisaboa Houbrechts struck out on a new path. Bruegel travels back in time to paint a kaleidoscopic portrait of Pieter Bruegel the Elder and the age in which he lived. The main figure, however, is Dulle Griet (also known as Mad Meg) the master’s most infamous creation, a woman denigrated as a ‘battle-axe’ because she purportedly went out plundering for the sake of Hell. In Houbrechts’ interpretation, she is actually trying to save those objects – testimonies to vulnerable and nameless lives – from being annihilated by history and the forces that determine its course. At the same time, and with growing despair, Griet has doubts about her own identity. Far beyond any binary kind of thinking, this production speaks about the desire to acknowledge what people call ambiguous and distasteful as something normal, to embrace it and to express that. The live music – both composed and improvised – adds to this by conducting an exciting dialogue with the sparkling action on stage. The Baroque ensemble Harmonia Sacra from northern France and kamancheh player Mostafa Taleb provide a rich musical pallet that spans several centuries and cultures. “Charming and challenging theatre,” said De Morgen of this total spectacle. It is Lisaboa’s most personal work thus far.

Houbrechts is continuing her interest in live music on stage in her next project, I Silenti (premiering in January 2021). Fabrizio Cassol, with whom Lisaboa became acquainted during her apprenticeship for Requiem pour L., a joint creation by Cassol and Alain Platel, asked her to direct I Silenti for the Théâtre de Namur. This intriguing story starts with the figure of Tcha Limberger, a famous blind Roma musician who wants to point out the connection between the Porajmos, the forgotten Roma genocide during World War II, and excerpts from Monteverdi’s madrigals that speak of love and war. These two worlds have a dialogue and flow into each other. I Silenti is like a poem that tells not only about the Roma but also about everyone who has been silenced.

In the meantime, Lisaboa Houbrechts has also started writing a trilogy, a family epic that takes place between 1930 and 2010. The realization of the first part of this trilogy is planned for 2022. 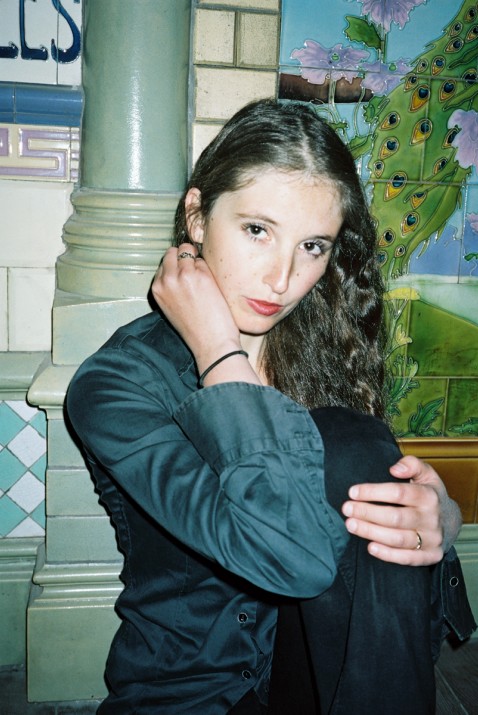