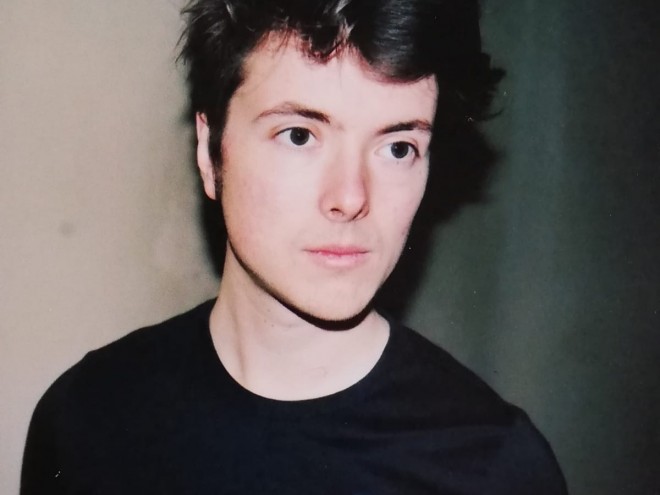 Victor Roussel: In what sense has Celan’s poetry inspired you?

Bosse Provoost: Paul Celan’s poetry was the most radical encounter I’ve ever had with the work of another artist. He developed a poetics about subjects that seem to lie outside the realm of language. In his volume Breathturn, he writes from the perspective of someone who survived the Shoah (or did not survive). In Snow Part, a voice speaks from the dead; he visualizes his own death, or rather, he imagines ‘being dead’. We used those two volumes for Matisklo. As an author, Paul Celan is like an alchemist. He looks for salvation in language; he searches for ‘inspiration crystals’. But his poems, the images and the ‘truth’ they contain, are always at the point of elusively slipping away. It’s a language that is almost impossible, and it’s not always clear who he is speaking to: ‘us’ or the dead? Contrary to what some people claim, I am convinced that a strong desire to communicate is embodied in his poetry, that the fragile connection he tries to make with those he attempts to reach is important. I was fascinated by the idea of an actor desperately trying to conjure up images that are impossible to materialize, or of an actor wanting to communicate with someone who is beyond his reach. So for instance one of the actors in Matisklo tries to talk with a chimney. And at the same time, Paul Celan’s poetry poses the following question: Can we, visually and physically, give form to things and even entities that are beyond the human domain? I have an idea that we ourselves are trying to be alchemists.

V. R.: Your work is like a regular ecological system in which each element (light, space, language, the body) is tangible. What does staging mean for you?

B. P.: Scenography and light have always fascinated me very much. With Matisklo we were able to create a show that would have been impossible without the support of Toneelhuis, especially in terms of the settings and the costumes. Most young companies seldom get the time or chance to explore the technical and scenographical means of theatre. My collaboration with visual artist and lighting designer Ezra Veldhuis was crucial. We were inspired by Adolphe Appia and Gordon Craig, scenographers from the late 19th century, who dreamed of a theatre that would be emancipated from literature and develop out of the elements that are inherent to it: space, light, movement. Perhaps that’s why I always have felt the urge to create a kind of distance between the actors and the audience. In order to have the entire theatre speak to us, I think it is necessary for the actor to blend in with the staging and become part of the surroundings. Of course this partly ties in with Bruno Latour’s ecological discourse,1 but in the first place I want to make theatre in which the relationship between people is not the main focus.

Our next projects with Ezra Veldhuis, Cosmogony and Indoor Weather, are based on the idea that theatre can be approached as an ecological system, rather than as an instrument for telling stories that revolve only around ourselves. Instead of reconstructing worlds and images that exist outside of the theatre, what is the meteorology of a theatre itself?

V. R.: Silence seems to play a big part in your work. Is that a way of increasing the audience’s involvement in what is happening?

B. P.: I think silence gives a spectator a certain responsibility towards the other people in the hall. If you are not silent, you disturb the performance. I like the fragile silence that people produce when they concentrate on what is happening on stage. Of course, that can be very frustrating for a spectator who is bored or irritated, but I think that sometimes it’s important to expect that kind of attention from the audience if we want to have a meaningful experience together.

1 Sociologist, anthropologist and philosopher who developed the actor-network theory and has done a lot of work on ecological and environmental questions.