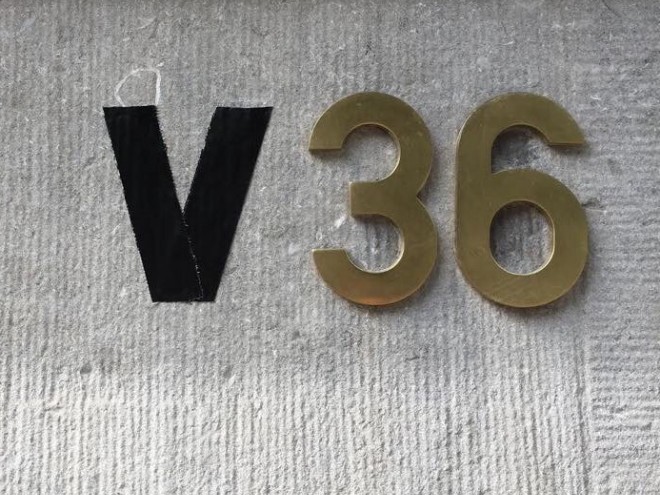 The P.U.L.S. theatre makers will mainly be working in a place of their own, at 36 De Vrièrestraat, Antwerp. The idea of giving them a separate place makes the relation between P.U.L.S. and Toneelhuis  clear. A place of their own, their own artistic, mental space, symbolises the independence of the P.U.L.S. theatre makers. As such, the dynamics arising from there can also be a source of inspiration for the large umbrella structure within which P.U.L.S. is set up.

“P.U.L.S. arose out of a desire to create suitable working conditions for young makers. For most theatre makers of my generation, the road from small theatre spaces, garages or basements to large theatre halls was long and bumpy, and the possibility of working with municipal theatres was very limited or non-existent.
“I wondered whether it was really necessary for young artists to travel such a long road before being able to work, or getting a chance to work, for the large stage. And whether we at Toneelhuis shouldn’t offer young makers the possibility of doing that much sooner, by offering a trajectory suited to their wishes and needs. Not that we see the large stage as the ultimate place for theatre, but because we believe in diversity and also because we noticed that artists indeed expressed interest in this. However, we also know that large houses sometimes get cold feet when it comes to young artists. With P.U.L.S., we wanted to do something about that in a very active manner. If we wished to take our task seriously, it wouldn’t be enough to invite a young director to direct one production in the Bourla. We would have to think much further than that. Actually, we would have to do what Toneelhuis has always done naturally through its artistic DNA: extend invitations to theatre artists for a long-running and intensive collaboration.
“It seemed to me like a good idea to involve people from my generation in this project, artists who had followed a similar road to the large stage. We explained what we had in mind, and they were enthusiastic. As a result, Jan Fabre, Jan Lauwers, Alain Platel and Ivo van Hove have become ‘allies’ and discussion partners in this project. Concretely, their involvement means that the four artists in P.U.L.S., besides developing their own work, can exchange ideas with the allies and get experience in their productions for the large stage. For example, Timeau De Keyser is already participating in preparations for Belgian rules/Belgium rules by Jan Fabre, Bosse Provoost is currently involved with Oorlog en terpentijn by Needcompany and Hannah De Meyer with Kleine zielen by Ivo van Hove. In December, Lisaboa Houbrechts will be starting with Alain Platel, in his Requiem. Over the course of the following years, all of the artists in P.U.LS. will be able to experience how the allies works.
“From the very beginning, we realized that it was absolutely necessary that the P.U.L.S. artists have a work-and-presentation place of their own. This is a place to work, but through its own dynamics it also stands as a symbol for the artists’ autonomy from the big house. We are very curious to see what will happen in this place in the coming years, and strongly believe that the artistic activity here will have an influence on the entire operations of Toneelhuis.
“Although I must say that it was difficult to find a suitable place and it took a long time, today we are incredibly happy with what we finally found, which is thanks to our partnership with the Royal Conservatory of Brussels and the AP University College of Antwerp. Through that partnership, it will also be a connecting point between education and artistic practice, for the Conservatory will be presenting work here at regular intervals.
“It also is, as many of you know, a building with a history as a theatre. Walter Tillemans moved into here in 1986 with his company, Nieuw Ensemble RaamTeater, and baptized it ‘Het Raamtheater op ’t Zuid’. Thanks to him, the interior was converted into an attractive Elizabethan-style theatre hall, after a design by architect Edward Van Steenbergen. But the building also had an interesting history prior to that. For a long time it was a museum, a leftover of our colonial days called the Museum voor Warenkunde (1898) that exhibited products and artefacts from the Congo. The museum was part of the Colonial University of Belgium. Sometime in the 1960s, after Congo was no longer a Belgian colony, the University ceased to exist and the translators and interpreters who had worked in the building left. In short, it is a place with a past, but through the activities of Timeau, Hannah, Lisaboa and Bosse, it undoubtedly will also become a place of the future.
“We wanted to give this place a new name, too, and settled on the simple ‘V36’, short for the address, Vrièrestraat 36. The matter-of-factness of the name is what convinced everyone: we had considered a whole series of names, like Warenhuis, Buitenhuis... but we didn’t want to go back in time, we wanted something in the here and now. Which is why the simple designation of the place as a working name. The work for the future can begin from here – or rather, it actually has already begun.”