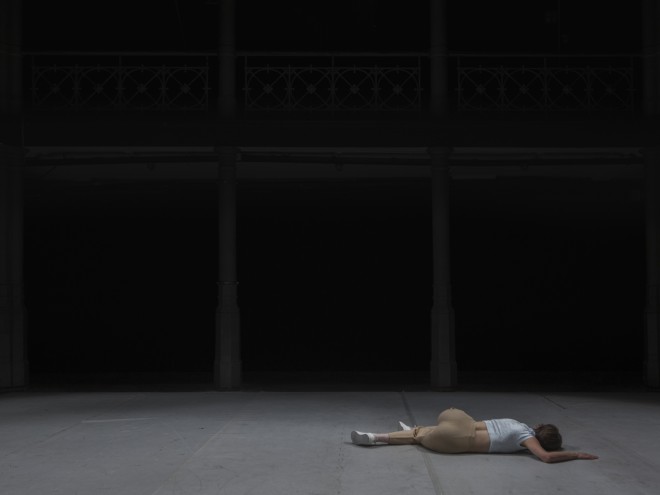 The first texts I read when making new skin were written by Achille Mbembe, Rachida Lamrabet and Houria Bouteldja. Beautiful, powerful pamphlets against racism and colonialism. Their texts were at the same time inspiring and an impossible source of inspiration. For a white european, colonialism and racism are very difficult matters to think in. It is very tempting and very valid not to talk about them and go do something else. It is very thick, hot matter for a white girl. But Mbembe, Bouteldja, Rutazibwa, Wekker had moved me very much. So it was a bit like in a relationship: when you’re very much in love in the beginning, it makes you wanna stay, even in the rough times. It makes you wanna stick with the matter, even though it’s boiling. It makes you wanna ‘stay with the trouble’, as Donna Haraway calls it. Haraway is sci-fi feminist focussing on ecology. And it was her and the texts of Michel Serres that offered me a broader perspective. They made me zoom out to an ecological perspective. Or rather, they took me to an area where colonialism, racism, capitalism, ecology and queerness touch and fight with one another. And that gave me space to move, space to keep on thinking about identity, peace, care. About caring for each other, caring for the earth, caring for human and non-human beings living on the earth. About caring for beings that are not part of the family, or the nation, or even the species you belong to. And that it is in our own interest that we start caring about them radically and fast. They made me think differently about individuality and collectivity. Haraway writes about ‘response-ability’. About becoming capable of response, each in our own individual ways, to the turbid times we live in.

They are all different, but they are forever and completely linked to one another. I strongly believe that individuals can support something collectively, each in their own particular way. To keep alive the earth as a whole and humanity collectively, each individual can make concrete everyday choices that support this mutual cause. And that, in fact, only these ‘small’, individual choices matter and exist. That if we wait for some big, collective solution to pop out of the thin air and fix us all, nothing will happen, and we will all collectively and individually be lost.

Michel Serres writes The Natural Contract in 1990, right after an extended period of dry weather in Europe, just like the period of dryness we had until a couple of weeks ago. He writes about peace, and that we must insist on peace. But also that to Europe and the US, to the people living there, peace is something conceptual, like war to us is something abstract and conceptual. Something we get to know only in the stories of our grandfathers. In yet another commemoration of the Holocaust. In yet another night blowing the Last Post.

War is something abstract and abroad. Something we go out and do by proxy. By bombing Syria, bombing Iraq, by supporting the Israelian government. By maintaining lifestyles that ecologically disrupt the world, even though these lifestyles do not seem to satisfy us and many, many people are burned out and depressed. Serres also writes about god. Since we no longer believe in god, there is no moral power that we fear, or to which we might pay reverence by choosing peace over war. Europe and the US have been the winners of history for over 300 years. So as we gain from war, there is simply no reason or imperative for us to choose peace.

Until now, when fire, water and earth are reminding us of their presence. When people get sick just by breathing the air. When we have threatened the earth in such a way it has become a threat to us. Globally, collectively. It is a time that can inspire to take radical care of our waters, of the air, of animals and plants, and to insist on peace. And this radical care consists of concrete, individual choices that can be made everyday. It is no longer buying or eating industrially produced meat or dairy products. It is taking the train instead of the plane. It is offering a bed to someone who sleeps in the street, hunted down by authorities that push our society into war once again. It is starting a garden, growing some food. It is, for me, writing this text, and the text of new skin. With no great hope about their possible effect. But nevertheless, my tools are: words, a brain, a body and a stage. So maybe a text is ‘response-ability’. One of the many ways to respond the precarious times we are all in together.