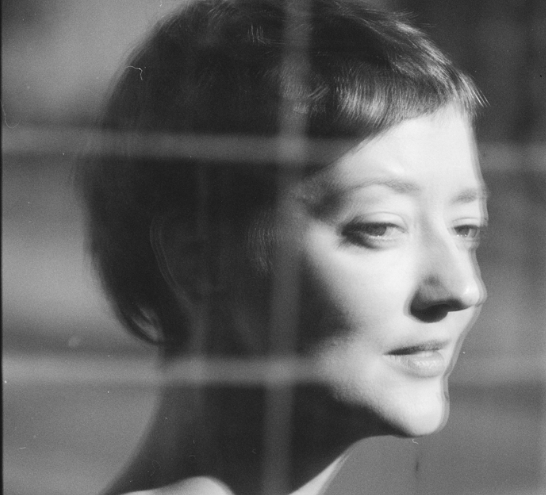 Bart Meuleman: Levitations is only really a few months old. So is it possible you already know what your next show will be about?

Hannah De Meyer: No, but recently I saw Belgian Rules / Belgium Rules by Jan Fabre. I found it so sexist and racist that I decided to throw all the male writers from my bookcase. I want the new work to be an ode to femininity, to the female body. In all its tenderness, obscurity, intensity, ugliness and explosiveness. My research now includes Palaeolithic goddess-figurines. Recurrent forms, carvings in wood and rocks. I like these materials and shapes. Actually, one of the questions I am preoccupied with is the following: what is a political work, how does a work of art relate to the society in which it is created?

Bart: In your previous productions the emphasis wasn’t on social themes.

Hannah: That’s true. I never asked myself this question so explicitly. As a matter of fact, for a while I thought I should stay clear of explicit social or political themes. Because this commitment often produces such un-pleasant scenes. For example, you have people in a nice, warm auditorium looking at actors dressed as refugees, while outside, a hundred metres from the theatre, you have families who don’t even have shoes, sleeping in the street. These are acute social problems, people freezing to death in parks.
I don’t believe the solution to these problems is a theatrical production arousing political awareness through forms and metaphors, inspiring the audience to take and action of some sort. That process is simply too slow. The people sleeping outside will have frozen to death by then. Or summer will be there. And they’ve survived once again. And it won’t be because someone made a play about them. Art cannot generate the quick action needed to tackle such problems. And in any case, tackling these problems is not art’s job. They should be tackled by politics.
Or by citizens. It’s our job to get involved into these issues as citizens, not in the first place as artists. Like bakers or bank managers or pharmacists can get involved. Not because of the job they do, but because they are citizens. Because we our inhabitants this world.
Yet in the recent months, especially after I threw out all the white, male writers, I came across texts that were so compelling, I started to reconsider my opinion on how politically involved I want to be. Reconsider also my opinion whether or not to handle political themes in the form of an artistic work.
For example, Rachida Lamrabet’s Zwijg allochtoon! (Shut up, Immigrant!). Lamrabet made a videowork with a fully veiled woman in the lead role. The work was constructed around the question of whether wearing a niqab of your own free will can be seen as an example of exercising your individual right to privacy. Lamrabet regards the ‘burka ban’ as a breach of this human right. Two weeks after the video was released, she was fired from her job as a lawyer with Unia (Interfederal Centre for Equal Opportunities). She wrote Shut up, Immigrant! as a reaction. The book is about white, Western norm being imposed on minorities. And about how the (veiled) female body is the territory on which the battle for that norm is being fought.
Other examples are the extremely compelling Critique of Black Reason by Achille Mbembe and Whites, Jews and Us by Houria Bouteldja. Anti-colonialist, anti-racist voices dealing with white superiority.
Another example is Valeria Luiselli’s Tell Me How It Ends, which is about refugee children fleeing to the US from El Salvador, Honduras and Guatemala. Most are fleeing drug wars and cartels related to production and trade of cocaine. One of the many problems they encounter along the way is being kidnapped and put to work as slaves. We now see the same in Libya: refugees from Nigeria, Ivory Coast, Mali and Sudan trying to make their way to Italy being kidnapped in Libya and sold as slaves.
In December and January, I’ll be in Benin for four weeks. Benin used to be a major slave-trading port with African slaves being trafficked to the US. It is also the birth place of the Voodoo religion.

Bart: So could your next production be about the modern-day slave trade?

Hannah: No, I have no intention of making a work about the modern-day slave trade, or about the refugee problem, or about Voodoo, or about the female body in today’s society. Reducing the work to one theme would be too restrictive. I want to be able to breath. And I want the work to be able to breath. So, I am a bit wary of communicating in that way. Spectators should also be allowed to breathe. They should be able to interpret a work for themselves. But all these signs and elements are there. I come across them by chance and I am going to connect them up into a world. What form that will take and where the emphases will lie, that’s too early to tell.