Hannah De Meyer (b. 1988) graduated in Performance from the Maastricht Academy of Performing Arts in 2015. Her work includes performances, publications and happenings in which sci-fi images, ecological awareness, storytelling, archaeology and transforming bodies have a central role. She fuses language and movement into a quirky, hybrid theatrical idiom. Levitations is a mesmerizing trip through the hills and vales of De Meyer’s imagination; new skin is an overwhelming feminist and ecological statement, a descent into the earth whereby dead parts of the body and forgotten critters are shaken into life. The recent hi baubo, is a universe of gleeful obstinacy, a landscape in which animal, ghost, person and plant cheerfully blend into one another.

Hannah De Meyer (b. 1988) graduated in 2015 in Performance from the Maastricht Academy of Performing Arts with the exhibitionist piece Solace. With it, she won an award for young playwrights, the TAZ-Jong Theaterschrijfprijs, in Belgium and the Artes Jongtheaterschrijfprijs, a comparable award in the Netherlands. After that she made Vast glowing empty page and in 2016, together with Jesse Vandamme, ÜBERDRAMATIK: “an exciting exploration of the universality of loss”. In these shows, Hannah sought the extremes, from the tranquil and meditative to the shocking. Levitations (2017), a solo which she wrote and performed, heralded a new phase in her work – a first, hallucinogenic step in her search for a fundamentally different way of dealing with things. The intriguing movement idiom with which De Meyer emphasized her words was remarkable. “A sensual, meandering journey along the peaks and vales of De Meryers’ rich imagination,” said Steven Heene in TAZette. With the impressive new skin (2018), again a personally penned solo, this search took on a decidedly social character. Here, Hannah De Meyer’s explicit starting point is her admiration for a young generation of antiracist authors, economists and climate activists. She not only feels a connection with their anger and indignation, but also the gentle determination with which they make their alternative stories of success and prosperity and what a thriving society could be like. This solo brought her a selection for the Theaterfestival 2019. "new skin is a strong example of theatre: a single woman who presents an alternative story – in the form of a fantasy tale – in a totally believable manner, and on top of that makes you realize that all life and all things on this planet are intensely connected, even without a God. Film could never manage to do that.” – Jury Report

The text of new skin is grafted onto theoretical works by Achille Mbembe, Donna Haraway, Anna Tsing, Ursula Le Guin and others; the publication new skin / Levitations makes this network of companion authors visible through illustrations and citations. Ine Meganck and Chloé D’hauwe are responsible for its design.

In September 2019, Hannah De Meyer curated a happening called MOIST. Together with Dina Dooreman, she invited artists, scientists and performers to present work that resonated with hers. Among those who accepted the invitation were Maika Garnica, Liew Niyomkarn, Melanie Bonajo, Sietske Van Aerde, Lieze Roels and Rosa Lambert. MOIST is one of the various forms in which De Meyer searches for connections between text and movement, sensoriality and theory, ecology, community building, feminism and post-human narratives.

In February 2020, Hannah De Meyer created hi baubo, together with Adina Macpherson, Koba De Meutter, Sietske Van Aerde, Chloé Dhauwe and others. Baubo is a mythological figure who is associated with humour, voluptuousness, regeneration and pleasure. She has appeared in the form of bone figurines and in rock drawings and stories since prehistoric times. hi baubo, is a meandering and unruly universe, a world in which bodies fall apart in laughter and where the broken pieces fuse into bizarre new configurations. "In her imaginative show hi baubo, Hannah De Meyer uses the mythical figure of Baubo to take a fresh look at ecology. – Ciska Hoet in De Morgen, 6 February 2020

For autumn 2021, Hannah de Meyer is preparing a new production with the working title of The Giant.

In the meantime, Hannah has trained under Ivo Van Hove (Kleine zielen) and Alain Platel (C(h)oeurs 2020). 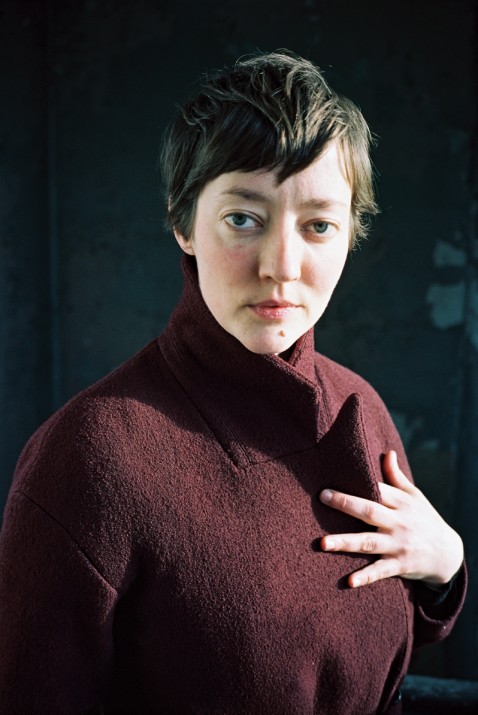